A friend of mine who was English, just recently shared his experience with me on dating a German woman.

I have heard some views from some other non-German guys too but not particularly same as my English friend but some other nationalities including Asian.

Then in addition to that, fortunately, I have some German female friends married to German and foreigners both, and colleagues with whom I have been able to spend some time and learn about them.

I am going to tell you what I have learned over the period from my direct contact and from my social circle’s opinion and experience with the Germans, particularly in the context of dating a German woman.

I did not use the heading “Intercultural challenges”, although that was the first thought that came to my mind.

The reason is, although it is a culture that majorly shapes up our personalities and attitudes then, the role of families and upbringing comes in.

But eventually, it is the individual who him/herself has to define how they see the differences – either as something beautiful and learn from each other or get annoyed because they are not able to understand.

I have had heard from an Asian man, who was in his late 20s and was dating a same-age German girl in the US. It happened to be a really beautiful experience for both of them. While other American friends had mixed views.

No hard and fast rules but just learning from each other, respecting and enjoying the cultural difference had been the story of them (the first dating couple).

On the other hand, My German friend is married to an American guy who is 49. The marriage is going well and the lady is in her late 40s.

Third, there is that my English friend, who had gone through a tough experience.

Therefore, I came to the point, if you are dating a German woman; your experience is dependent on having the right chord. Well, it is the same with every relationship intercultural or within the same culture.

It just sometimes gets difficult due to the fact that people are not aware of certain cultural patterns or are too much possessed by stereotypes. Extreme of both ends is not good.

While dating a German woman, these few observations could be helpful for you.

German women tend to be very independent in their lives. Looking for family support in each matter of life is that they do not usually do.

They are raised in a manner that they can take good care of themselves and make personal choices and decisions independently.

If you are dating a German woman, you might have noticed that she is more inclined towards the intellectual conversation. Talking about current affairs, technology, and global matters is a nice way to engage her in a talk and take her opinion.

Although, it may not be true with every German girl you would meet but yes, they do like you have to some conversation skill not just a being compliment showering guy.

Compliments and Foreign Jokes– Do they really get it?

I have learned that each culture has a different way to pass on a compliment to a woman. Also, the humor and jokes style has huge diversity across nations.

Germans are always very direct with their approach in almost everything. So, do not try to be indirect and tricky in passing a compliment or making a sarcastic joke unless you have developed a strong connection with her already.

You will end up either leaving her frowning upon you or just a plain face staring at you with wonder.

German girls are very confident so don’t assume that you can confuse them exhibiting your humorous or flirt side. You will appear like a joker if instead of respecting her as a German, you will brag on your British or American humor.

They proudly wear their German identity and so do you as British, American, as Asian or from anywhere else in Europe.

Learn to respect her as German first, learn about her, talk over general current affairs and create the base to let your particular personality and ways introduced to her.

No Mind Games and No Cry Babies

Many westerners are attracted to countries with beautiful women. Some for sex tourism some for enjoying a holiday along with a nice date which they sometimes and sometimes not wish to be turned into a long-term relationship.

But in the end, some find the love of their life, some have great fun stories and many come complaining that have been bankrupt by the money diggers.

The Good News for the guys who are scared of wallet chasers, you don’t have to worry about it while dating a German woman.

If they are dating a German woman, she will on major occasions pay for her bills unless and until you push her of not doing so.

There could be many reasons behind it. She feels it comfortable paying for herself and if she wants to go for it there is nothing wrong. Don’t insist or you will miss a point.

I just can’t forget a young American in his 20s, who listed himself among alpha guys and gave me a long list of all his positive personality traits as proof that he the smartest and best guy on earth.

He met a nice girl from Eastern Europe, fell in love, and later got married (within 2 years of dating). The list about him remained the same but the list about his girl completely changed–All the negative scores.

And one of his statements was, although that experience brought out the Beta from me, I am really an alpha guy. This was hilarious and at the same strange.

If you are dating a German woman, don’t try to be over smart. She is no less smart than you.

I don’t mean to insult anyone but just this was an example, you can’t blame the girls only for your bad experience. You are equally responsible for it and accept it.

Also, your concept of alpha and beta guys would not be very much support if you are a German woman. She doesn’t fall for macho men neither she wants to deal with complaints and timid guys. Be mature, smart, humble, and decent. This will help.

Another few Random Stereotypes or Myths or maybe the Facts

Each woman is different and so is the man. Same we can say about cultures. Make the choice that suits best your personality.

Most of the time, I have seen western guys (mostly English or American) complaining. The main problem I think come when two proud nations meet.

Being over evaluative on each other’s conversational tone and similar minor things, do not let the relation stay for long. This happens mostly with English-speaking cultures.

Before closing the post, my advice to English-speaking cultures is if you are dating a German woman, appreciate that she communicates with you in your language else you would have to do otherwise.

I bet then, she wouldn’t be amused by your melodious tone when you are making an argument with her in her language as your 2nd language. 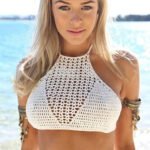