A woman would be a woman in general either she is a Polish girl or a Russian lady or a British woman. The behavior, thinking patterns.

preferences may vary from person to person but dating any being a foreigner would always be an experience of getting into the new worlds of learning.

In a broader context, men or women are usually divided between Western and Eastern individuals influenced by the culturally and socially defined dating norms but since it is meant to be assistance for men on dating a Polish girl so I will stick to the women in general and Polish women in particular.

The reason I am bringing the West and the East in the very beginning is, that Poland lies on the crossroad of Western and Eastern Europe.

Western Europe has more of the American dating influence however, things start changing the shape when it comes to Eastern Europe.

Therefore, what makes it interesting about dating a Polish girl is the mix of both dating arenas. You will find some flexible rules of dating and openness from the West, whereas at the same time can expect femininity, care, and commitment from the East.

All you need to define the image of your desired Polish girl and look accordingly. I have here a few points for you about Poland in relation to date a polish girl.

How Much Eastern and How much Western?

Well, if not taken too strictly we can 50 percent of each. How? Yes, that is a good question. Poland is a catholic country and the majority of the population builds the basis of their social structure according to the church teachings.

This means close family bonding and the role of a woman as caretaker of the home, responsible for the good upbringing of their children, and men are providers.

A Polish girl will always be thought to maintain discipline, respect for elders and others, polite, self-conscious in a good manner. A typical Polish girl learns the cooking, sewing, and other domestic chores from their mothers besides their regular education.

On the flip side, Western movies and culture are in a way admired by the young generation in Poland. This is why the girls when it comes to dating are open to western dating style.

Once committed, the relationship gets into a sweet level of care, responsibility, and fun relation. They might not push you to get into a marriage too quickly so you can take the dating process slowly.

Polish Girl as a Mother and her Mother

The way Polish girls are brought up and their close bond with their mothers help them in their married lives.

I have heard one of my friends saying, he never thought of having and raising kids when he was in America but after meeting a Polish girl and dating her for a while, he realized that being a father could be one of the greatest things in life.

In Poland, you will see mother and daughter spending their time together, going on grocery shopping together, doing other chores together.

So if you will have a Polish girlfriend, you can assume that her mother knows each and every detail of your relationship as she could be her best friend.

The greeting is always the most essential part of any meeting. In Poland, it usually goes with handshaking.

Or the other way could be kissed on the hand but that is actually an art in itself. It would be better to learn a bit about it before putting it into practice right away. As you do not have to bring her hand up close to your face rather you may have to bend a little down to balance the distance between the hand and your face.

Also, if you are not confident about it just shake the hand or say a warm hello, hi that always works well on first dates.

Is Anything Nicer than the Flower?

In Poland, giving a flower is always a well-appreciated gesture. If on your first, you would present her a flower that will make her happy. I read the flower business in Poland is one of those few really profitable businesses that even stay open on Sundays.

Polish love giving flowers – Name days, weddings, birthdays or some other special occasions. Simply flowers can work the best for you.

Bring a Bottle of Vodka when invited for a Dinner

This is what I would suggest if you visit her or her family for dinner. Along with flowers bring a bottle of vodka. Poland has really high consumption of vodka. It is said that on average they consume about 80 liters of vodka annually.

The most famous brands of vodka may include; Gorzka, Krupnik, Zubrowka, etc

You Have to Compete with the Polish Guys

What does it mean? It means if you are intended to date a polish girl, you must be aware of the expectation in general. Polish men are usually gentlemen. They treat their girls with delicacy.

This means that traditional chivalry but not a macho attitude. The Polish girls would expect their guy to open the door for her, let her be seated first, carry heavy bags for her, etc.

This also applies to your dining dates. If you have invited her, you are supposed to pay the bill. Some of the girls who are living outside Poland may pay their bills but technically it would be your responsibility to do this job.

According to Polish culture either the man pays the bill or the person who has invited everyone has to pay for it.

Games and the Polish Girl

I have heard of the group arguing about British women and Polish women. The argument was, are the Polish girls into the games as British women do while dating. Most of the answers were no.

Polish girls don’t usually play any games. They want a relation and a commitment, they will let you know. You want to spend some time with them without any commitment, they might accept it.

But they will not play around and keep you puzzled and in constant thoughts of where it’s going.

How Promiscuous could be a Polish Girl?

Research conducted by a UK university has talked about Polish girls living in the UK. According to it, Polish girls tend to be 4 times higher on sex, risky sexual behaviors, and cheating on their partners as they are back in their hometowns.

Few among all reasons were because it was loneliness while being away from home and some other related factors. But that is somehow established by the study that most young polish women get into promiscuous behavior when away from home.

A polish girl would always take her education very seriously. They like to be independent and therefore, you will find most of the Polish girls well educated.

They have not learned only domestic lessons from their mothers but also have studied science, arts, and languages along with equal participation in extracurricular activities.

This makes them smart and attractive partners who have not lost their femininity while trying to be independent and walking side by side with their men.

Warsaw is the capital of Poland and most of the local people go their finding work. So most of the people you will find there would be the ones busy with their careers.

Krakow is a place with lots of universities. You can say that all these three cities have the chance to meet some nice Polish women but Krakow has the highest chances because of having a huge concentration of students.

How To Get A Polish Girl To Fall In Love With You?

Girls love men with an aspiration to make their dreams come true. And you will see that they will fall in love with you in time!

If you have standards and if you think dating and courtship in East and West have taken extreme on both sides and are of the view that there should be something balancing in between, try to date a polish girl.

I believe that will give you a beautiful experience and maybe will let you think about starting a family. Polish girls are sweet, caring nurturing, gentle, considerate, and most importantly are very feminine. 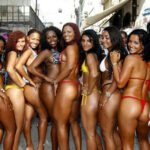 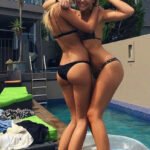