Dating a French woman is not any undiscovered topic. The open, liberal and welcoming society has not kept the men willing to date a French woman away from it.

Also, French women are Independent and well-traveled so it is impossible not to find a French lady somewhere else in Europe, America, or Asia.

But dating a French woman could be equally complicated as dating a woman from any other culture and especially if you don’t belong to her culture.

There are many stereotypes that are connected with dating a French woman and I have heard a lot of women feeling uncomfortable when we generalize those learned stereotypes on them.

So, my suggestion before I write down necessary things associated with dating a French woman is to learn about the culture but treat every woman as an individual.

Here are some of the things that I learned so far and would like you to keep in mind when dating a French woman.

Unlike the American dating system where you are not sure until some time that where are you going, it is very clear in the French romance and relationships world.

Actually, there is no word like ‘dating’ in French vocabulary. According to them, they do not really follow any hard and fast rules for dating.

But, if you are single and seeing someone it means they are your significant other. There is no question or ambiguity about it in their minds.

French are not at all confused about their status in relations and also are not into multiple dates at one time.

They are one woman/man at a time people. Therefore, if you are dating a French woman and you have reached a romantic stage, for her then, you are exclusive and for you, she should be.

French is a proud nation. Don’t confuse it with arrogant or rude. Taking pride in your culture is a sign of self-confidence and assurance. Everybody needs it.

If you start dating a French woman, you will learn how nice they feel talking about their artistic or cultural accomplishments.

Not only with words but French women are imagined as the perfect model of style, sophistication, art, and fashion.

Besides that, French women are well aware of political and current affairs. You will not get short of topics while having her in front of you.

Meeting a French lady for a date means, you have to be well-prepared for what are you looking for and what are your goals.

French women like confident and smart guys rather than confused or emotionally weak men.

They are independent and taking care of emotionally immature guys is something that will put them off. Know about yourself and your plans. This would help to impress and convince her to think about you. French have maintained a huge reputation for sophistication, style, art and sensuality in almost every area of life.

They have actually integrated that all in their living patterns so well that no matter whatever they do it is reflected elegantly in their day-to-day life.

While dating a French woman, pick a good dress—they would appreciate it if you put a little more effort into following the French guys in dressing.

Otherwise, keep your style but that should have a good presentable look. I read somewhere somebody saying – French woman like men, not boys. So prove it with your dressing style.

France is a liberal country with men and women having equal rights and opportunities. You will find them in sports, politics, arts, fashion, almost in every field.

But as I mentioned above, being liberal doesn’t mean they keep their cultured attitude behind.

Being liberal about the matters of relationships, you will find then experienced lovers, great at romance, clear about their thoughts about relation towards someone.

I have also seen French women refuting the stereotype “French girls are easy”. She said, confused people, confused the two different terms together.

Being open and liberal doesn’t mean that you are an easy catch. Meeting on the first date, it is highly unpredictable how long would be the journey to get into the kiss or beds.

It might take a few minutes or hours or may take years. This endorses the statement that they don’t really follow any particular rules in dating.

So while dating a French woman, if she comes and tells you about her feelings and where she sees you in a relationship, do not be astonished. As I shared, they can easily recognize their exclusive one.

This also implies when you are dating a French woman and if they have shared their feelings and thoughts about you, they will expect you to speak your mind to.

If they will not get a clear and positive response, they will immediately separate their ways.

Don’t expect them to chase you.

They don’t Lose Self-worth as Being a Mother

A French lady will take care of herself the same way as she was doing before she became a mother.

She would never think that being a mother, her value or attraction has reduced for any reason.

They are and confidant mothers and this is a beautiful thing about French ladies. Walking side by side with men they don’t lose their feminine grace at any period of time.

You will never see a French losing her elegance in order to do her day-to-day chores and running crazy while taking care of her kids.

French women are independent, educated, well-informed, sophisticated, and stylish way more than any European lady. But that is also the truth, many other also nations have a good grip on some of these areas.

If are thinking to date a French, woman I have shared a few characteristics of French society. But do remember, do not generalize.

I once heard a French friend of mine said –most of their Parisian wealthy class draw people to make certain conclusions and they most of the time are the basis of their representation.

But French woman does agree that they are hard work. So be prepared for that if you wish to court a French lady. 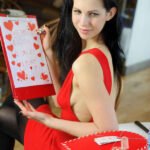 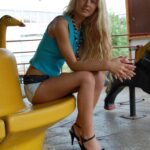